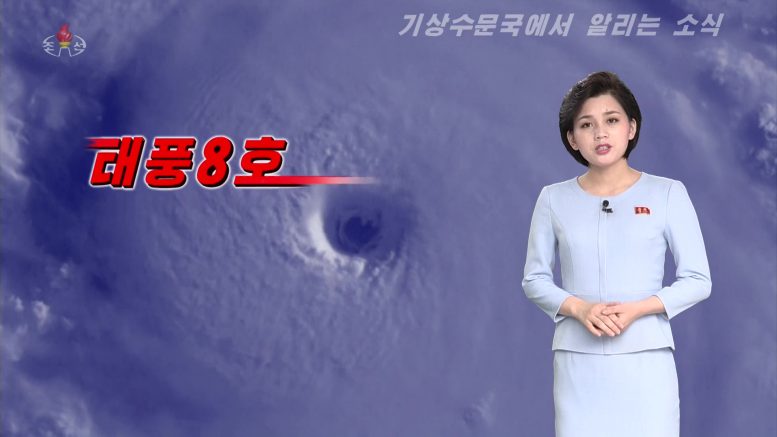 On Wednesday, North Korea’s state TV channel Korean Central Television (KCTV) took the historically unprecedented step of broadcasting through the night as the storm Typhoon Bavi (Typhoon No. 8) approached the country. This follows a Tuesday executive policy council meeting of the Workers’ Party of Korea’s Central Committee where Kim Jong Un discussed the approaching Typhoon. In response to fears that this typhoon would repeat the one that hit the country last year (Lingling)—which damaged hundreds of houses and infrastructure—the Wednesday broadcast is believed to be the first time KCTV ran programming through the night and, perhaps more remarkably, for the early hours of Thursday it showed a few hints of a public service mission and a rare degree of openness about the impending natural disaster.[1]

According to KCNA reporting, Kim called on the party and its organs to “thoroughly prevent the casualties by typhoon and minimize the damage to the crops.” He also:

…stressed the need to conduct information activities among officials, Party members and other working people in an intensive way to awaken them to the importance of the work for preventing the damage by typhoon and the method for countering crisis, and called upon all the fields of national economy to take instant measures to prevent the damage from the typhoon.[2]

KCTV began broadcasting on August 26 at 9 a.m. and it was soon clear something was different. Just as it normally sticks to a rigid broadcast schedule, the first 10 minutes of each broadcast are always the same: the national anthem plays followed by the Song of Kim Il Sung and the Song of Kim Jong Il, then the broadcaster runs through its program schedule for the day. If there is any news about Kim Jong Un, it is the first item immediately broadcast after the program guide.

On Wednesday, sandwiched between the Song of Kim Jong Il and the program schedule was the first typhoon warning broadcast of the day. Under the title “기상수문국에서 알리는 소식,” (News from the State Hydro-Meteorological Administration) information about the coming typhoon was broadcast. It was only after the program schedule that news of Kim’s executive council meeting was broadcast—a rare case of something taking precedence over news about Kim Jong Un. 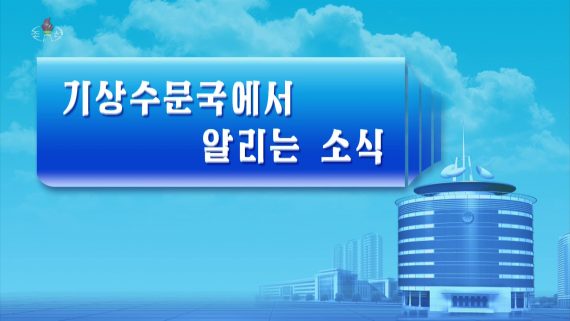 Just 20 minutes after the first program, a second was broadcast with a news reporter at the weather agency reporting on the scene. This is also unusual for North Korean TV news, where reporters are rarely seen in the field.

The programs, which were only one or two minutes long, were repeated multiple times during the day along with longer five-minute broadcasts anchored from the studio that spent time explaining the possible effects of a typhoon and the damage it could cause.

By midday on Wednesday, KCTV had broadcast eight warning programs over three hours. In contrast, news of Kim’s Central Committee meeting had aired just twice. It is highly unusual for anything to take importance over news about Kim Jong Un and his activities, but it appears the channel reacted the way it did because of Kim’s orders. In that respect, the bulletins reflected rather than superseded his importance.

The warnings continued every 20 to 30 minutes throughout the day and just after midnight the station broadcast what was something similar to a “breaking news” report. The reporter at the State Hydro-Meteorological Administration was back on air with an interview and update on the typhoon’s position at midnight.

The weather agency was clearly staffed throughout the night and these updates continued until dawn. KCTV was running Korean movies overnight and often the broadcasts cut into the movies as actors were mid-sentence.

After 5 a.m., the reports began including video of initial damage from the typhoon. At first, it was a few shots of heavy rain and a single tree that had been snapped in half in Ryongyon, South Hwanghae Province. But as the sun rose the video increased to show flooded streets and lightly damaged buildings. KCTV even had reporters in the street, doing cable news-style updates in the rain.

The station continued to broadcast footage of damage, even from Pyongyang where it showed the overflowed Taedong River and uprooted trees.

The scenes that had played out on morning TV were not repeated in the main 8 p.m. evening news bulletin. In fact, if viewers had been asleep for two days and switched your TV on Thursday evening, they wouldn’t have even known a typhoon had passed. It was completely ignored during the bulletin. That wasn’t a surprise. KCTV doesn’t deliver the news like most other news organizations so the typhoon didn’t return to the headlines until Friday, when it reported on Kim Jong Un inspecting typhoon damage in South Hwanghae Province. Kim said the damage was much less than expected, but that wasn’t the main point of the bulletin: showing that Kim Jong Un cared for the people.

Collectively, the KCTV coverage of the typhoon exhibited exceptional candor from a country that intensely controls the image it presents to both its own people and the world. It was possible due to the instruction given by Kim, which aimed at providing information ahead of the typhoon and as it passed over North Korea and onwards to China. After the danger had passed, state media snapped back to its business-as-usual diet of propaganda-heavy programming.