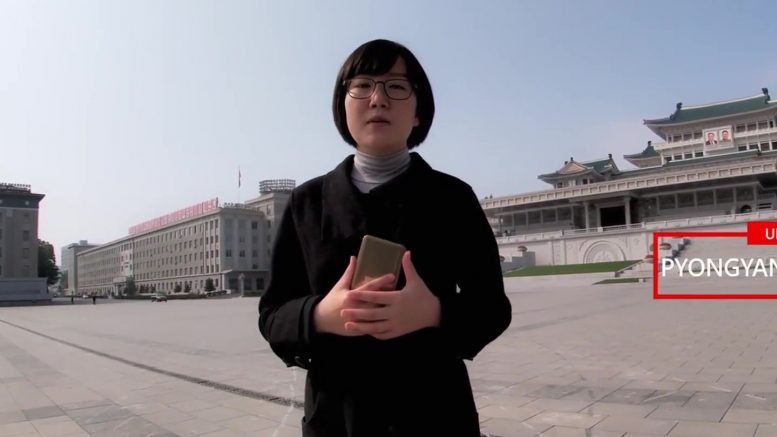 Among the plans and promises delivered during Kim Jong Un’s report to the just-concluded 8th Congress of the Workers’ Party of Korea (WPK) was a relatively minor reference that could spell big changes to the way North Korea tells its story overseas.

“[The report] also referred to the need to frustrate the reactionary offensive of the enemy and raise the prestige of the DPRK by enhancing the role of the external information sector.” — “On Report Made by Supreme Leader Kim Jong Un at Eighth Congress of WPK”, KCNA, January 9, 2021.

It relies on a handful of monthly publicity magazines and a shortwave radio station. In recent years that’s been supplemented by several web sites, but that step towards modernization hasn’t been accompanied by a change in the content being shared.

Like domestic propaganda, North Korea’s external information is centered around the cult of the Kim family and the Workers’ Party of Korea  and that makes it difficult for anyone but the most ardent admirer of the country to take seriously.

Take a look at the January 2021 edition of “Korea Today,” for example. The main story extols the greatness of the WPK, the second story recounts the party’s over the last five years and the third on the importance of the 7th party congress.

Such articles from Korea Today are hardly light reading and, unless you’re a fan, come off as obvious propaganda. If it’s meant to change the hearts and minds of people towards the country, it’s probably not doing its job.

But, there’s evidence that some in Pyongyang understand that things need to change. Since 2017, the country has been experimenting with social media platforms as a way to enhance the country’s image. What started on Twitter with a single account (@coldnoodlefan) expanded to several YouTube video series, produced in English, Chinese and Korean, that deliver a softer look at the country.

Judging by the viewing figures, they’re much more of a hit. In July when I reviewed the Echo of Truth YouTube channel, videos on the life of Kim Il Sung had attracted just a few hundred views each. Those presented by vlogger “Un A” on life in Pyongyang had five times as many views.

North Korea’s jump into social media hasn’t been without problem. Several accounts have been deleted on U.S.-based platforms, often after they are profiled by major media outlets. Google, which owns YouTube, doesn’t comment on the reason for the deletions, but it’s presumably because of concern over violating international sanctions. Usually they re-emerge some days or weeks later. Accounts on Chinese platforms have been left untouched.

To-date, the YouTube videos have been produced by two semi-official media organizations. An investigation by NK News linked them to Sogwang Media Corp. and Uriminzokkiri. Both exist within state media control, but are Internet-based and solely target overseas audiences. This is different from Voice of Korea shortwave radio, for example, which is the external arm of the main domestic radio service.

North Korea’s central information providers have yet to move on beyond their magazines and shortwave, but the call to arms at the party congress could be the push they need.

As they say on TV, stay tuned.