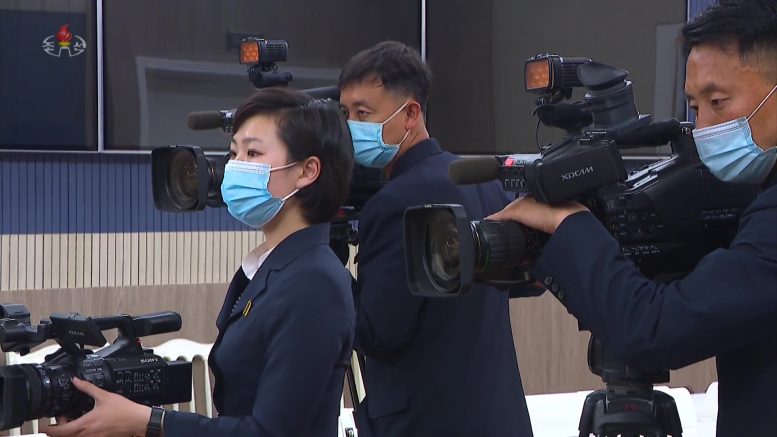 KCTV camera operators shown during programming in May 2022 (Image: KCTV)

Korean Central Television is so far sticking with an expansion of broadcasting hours that started when the country declared a national Covid emergency in mid May.

On May 15, just a couple of days after disclosing the first Covid outbreak in the country, the state broadcaster signed on at 9am rather than the scheduled 3pm. Since then, it’s kept the extended hours everyday.

That’s a significant expansion for Korean Central Television which, for the last 9 years had followed a fairly reliable schedule: broadcasts ran from 3pm to around 10:30pm each day, except on Sundays and the 1st, 11th and 21st of each month when they began at 9am. During holidays, broadcasts would begin at 8am or 9am.

But while the timing of the daily broadcasts is exceptional, the additional programming broadcast each day isn’t. The schedule has been supplemented by public health broadcasts and instructional videos, but much of the addition six hours of broadcasting is occupied by familiar content: documentaries and movies glorifying the state, the Workers’ Party and the Kim family.