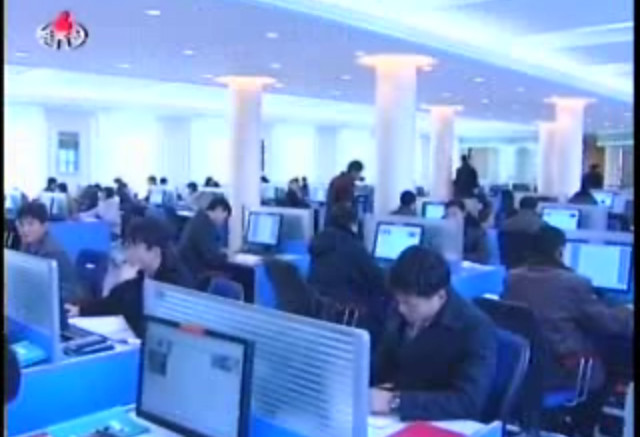 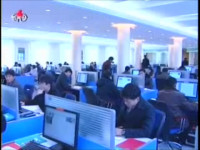 North Korea’s official news agency, KCNA, has reported three times in the past week on China’s filtering of the Internet.

The reports come at an interesting time for free-speech online. Internet-based social networks and communications systems are being hailed as instrumental in protests that have toppled two Middle Eastern leaders and the U.S. has confirmed a commitment to advancing Internet freedom with diplomatic pressure and grants of up to US$30 million.

Internet access is available in the DPRK, but is believed to be severely restricted to all but the most-trusted members of the government and related organs.

KCNA’s first report came on Feb. 14, three days after Hosni Mubarak was forced to resign as president of Egypt after two weeks of protests and unrest. Egypt and the DPRK have long ties.

The news agency reported a People’s Daily editorial on the evils of misinformation spread through the Internet. I haven’t been able to find the original editorial in the newspaper’s English-language website, but KCNA said:

In a commentary on January 30, the newspaper said such misinformation is aimed to disturb public sentiments under the disguise of the “people’s opinion”.

The “virus” badly affects the psychology of Internet users, impeding the sound development of Internet, the commentary said. — KCNA, Feb. 15, 2011.

A few days later it reported on a new effort by the Chinese authorities “against yellow culture and illegal publications in order to ensure a sound and stable social order during the lunar New Year celebration days.”

The campaign is also aimed to create a harmonious cultured atmosphere in markets and help youngsters keep up sound physical and mental conditions through Internet and promote markets’ development through production activities. — KCNA, Feb. 20, 2011.

And then a day after that, it reported on China’s response to the U.S. State Department plan to push for Internet freedom and fund projects to bypass state control, like that exercised in China.

A spokesperson of the Chinese Foreign Ministry said at a press conference on Feb. 17 that the United States should refrain from interfering in internal affairs of China over internet access.

The spokesperson reiterated the Chinese government’s position that the freedom concerning Internet is guaranteed by law in the country.

The People’s Daily came out against the U.S. plan and that article is online: “Commentary: The Internet belongs to all, not just the US.”

The U.S. said its $30 million would go towards “funding to increase open access to the Internet, support digital activists, and push back against Internet repression wherever it occurs.”

Even with access so tightly controlled at present, the economic benefits of access will likely drive expansion in the DPRK as it has done in other countries, so any push by the U.S. could eventually have an impact in North Korea.

It’s worth remembering that North Korea and China aren’t the only East Asian nations that filter and block selected Internet sites. South Korea has an efficient government-run firewall that attempts to block access to pornography and a handful of North Korean websites.

The U.S. campaign targets repression “wherever it occurs,” so perhaps the South Korean government will be feeling some effects too.