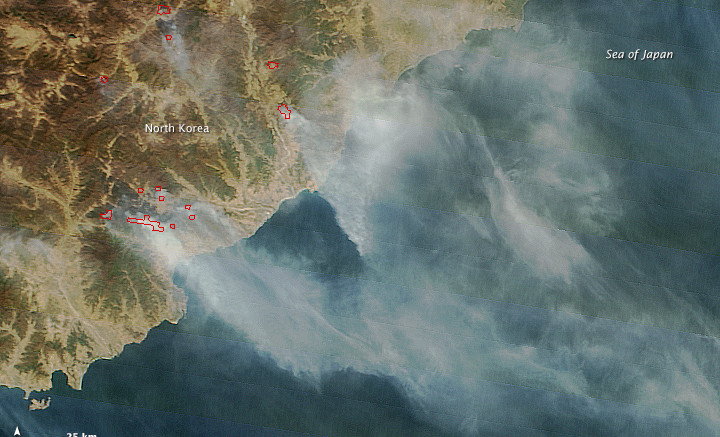 A NASA satellite has captured the seasonal fires burning across North Korea at present as farmers clear land for fresh crops.

In images snapped by its Terra satellite, smoke can be seen getting carried by the wind right across the Sea of Japan to over Hokkaido and northern Japan. 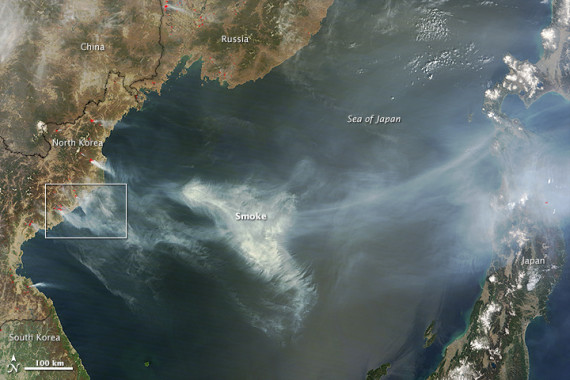 The space agency’s analysis says that some of the fires appearing to be burning out of control.

“Sometimes they escape the control of their handlers and push into forests on the country’s mountainous terrain,” it said. “As in several recent years, control was lost in April 2015. When the Moderate Resolution Imaging Spectroradiometer (MODIS) on Terra passed over North Korea on April 27, 2015, the satellite observed several large fires burning in the eastern part of the country.”

The areas that are actively burning, detected by a thermal imaging bands on MODIS, are highlighted in red, as can be better seen in this close-up image. 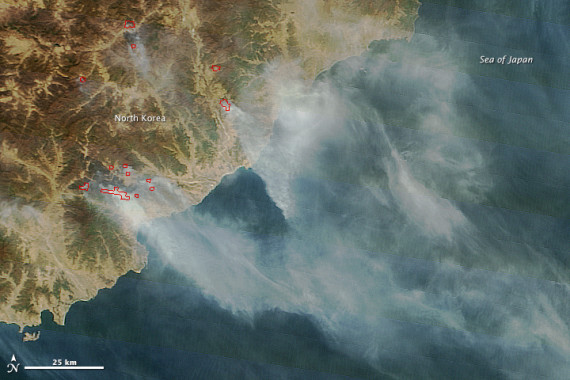 NASA said many of the larger, smokier fires appear to be burning in forested highlands near cultivated river valleys.

The satellite began to detect significant numbers of fires on April 23 and they grew to be more numerous and smokier by these April 27 images.

A similar image was captured last year at around the same time. In April, as the snow finally melts and ground softens, farmers begin preparing to plant the new year’s crops.

‘I’ is for the Internet he bans