That didn’t last long. U.S. video game maker Activision has filed a copyright takedown demand with YouTube resulting in the removal of a video that sees a North Korean man dream of reunification, Korean domination of space and the collapse of the United States.

Uriminzokkiri is a semi-official North Korean web site based in China. It speaks for the North Korean government and carries much of the output of state media, but it also produces its own content. The video was one such original piece. 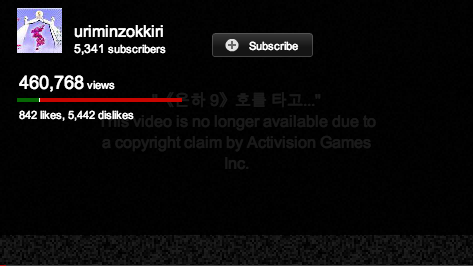 Part of its success was the curiosity of the video and music that accompanies the piece: a gentle piano rendition of “We Are The World,” the 1985 anthem of a U.S. campaign to help the starving of Ethiopia.

In the Uriminzokkiri video, an instrumental version of the song plays alongside an image of a North Korean rocket blasting into space. In the dream, it’s an Unha-9 rocket. Presumably that’s a more advanced version of the Unha-3 rocket that recently placed a satellite into orbit. 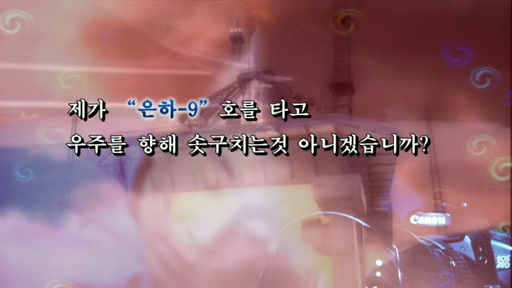 I had a dream last night, a dream of soaring into space on board our Unha-9 rocket — Uriminzokkiri YouTube channel, February 2, 2013, via “Our Kwangmyongsong-21 spacecraft got separated from the rocket and traveled through space,” he says.New York Times Lede Blog. 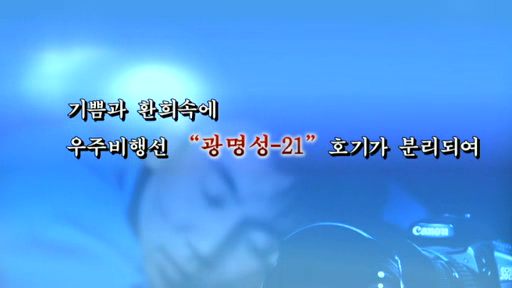 It’s apparently a reusable space vehicle, along the same lines as the U.S. Space Shuttle.

So why is Activision making such a fuss? As Kotaku noted, the computer-generated scenes destruction across New York as the city’s skyscrapers burn come straight from the “Call Of Duty: Modern Warfare 3” video game.

Here’s a look at a frame from the Uriminzokkiri video and, below it, one from “Call Of Duty.” 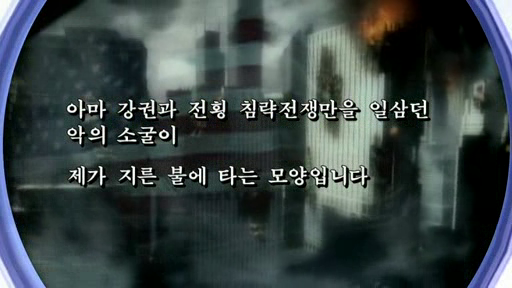 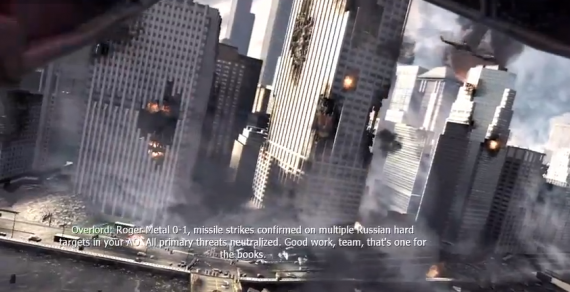 See the tall building in the center? Yup, it’s the same one in both clips.

While the video is gone from YouTube, it remains available on LiveLeak.