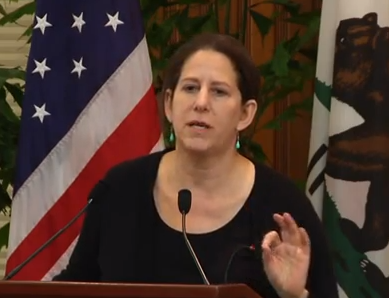 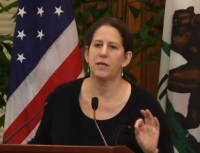 Stanford University hosted a fascinating discussion on Monday that looked at the various ways in which the DPRK is covered from overseas.

Called “(Un)Covering North Korea,” it was part of a day-long series of events associated with the awarding of the 2012 Shorenstein Journalism Award to Barbara Demick, Beijing bureau chief for the Los Angeles Times, author of “Nothing to Envy: Ordinary Lives in North Korea” and long-time North Korea watcher.

The discussion begins with Demick talking about her experiences covering the DPRK. She is followed by Susan Chira, assistant managing editor for news at the New York Times and a previous foreign editor at the newspaper, Adam Johnson, an associate professor of English at Stanford and author of “The Orphan Master’s Son,” and Katharina Zellweger, a Pantech Fellow at Stanford’s Korean Studies Program and previously North Korea country director for the Swiss Agency for Development and Cooperation (SDC).

More than a hundred people packed into a room to hear the four speak. If you didn’t make it, you can watch it below.