The BBC’s Panorama news documentary series visited The Pyongyang University of Science and Technology recently for a revealing look behind the unique school.

The program, broadcast on BBC One on February 3, begins summarizing the Kim’s control over the country and its people and reminds us that Kim Jong Un recently had his uncle, Jang Song Thaek, put to death.

“Remarkably, weeks before his death, we gained access to North Korea to film a pioneering experiment,” said reporter Chris Rogers during the introduction.

Although perhaps more remarkable than the timing of the visit is that is happened at all.

The last time Panorama tackled North Korea was in an April broadcast that saw reporter John Sweeney spend eight days in the country undercover with a group of students from the London School of Economics.

Sweeney’s tactics attracted condemnation from the LSE and the result was a documentary that offered little new information for anyone that follows North Korea closely.

That’s not the case this time. 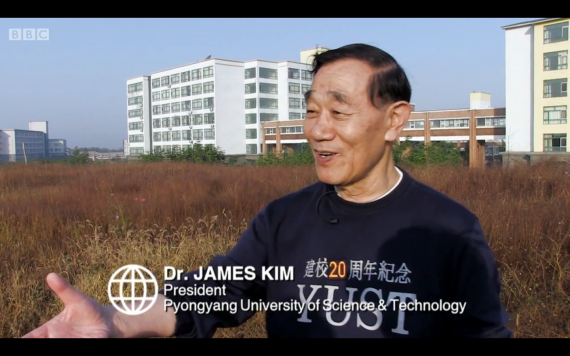 James Kim, president and founder of Pyongyang University of Science and Technology, interviewed by BBC’s Panorama

James Kim, the president of PUST, spent 18 months working to get the BBC crew into North Korea and when they got there, Rogers spent ten days at PUST.

Our reward is some of the best footage yet seen from inside the university.

There’s much to investigate: the lessons being taught the students, the amount of control and freedom the students enjoy, the life of the lecturers and the apparent contradiction of a university run and funded by Christians in a country that bans organized religion.

Rogers, perhaps wisely, focused on the students. We got to see a glimpse of their daily lives, from the marching songs sung in the morning to the Sunday chore of cleaning the university’s juche monument. 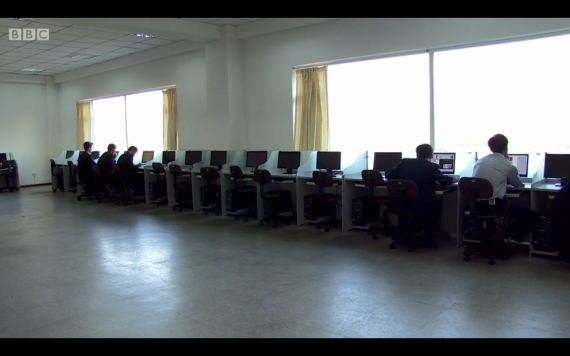 The Internet access room at Pyongyang University of Science and Technology

He also spoke to a number of students on a diverse range of subjects. Sometimes the questioning strayed too close to controversial issues and a minder stepped in or the student was wise enough to provide a safe answer.

If the documentary made one mistake, it was to take everything the students said at face value. The students aren’t stupid enough to go off script and say what they really think when it comes to questions about ideology and North Korea, especially with a camera focused on them.

But this is North Korea and there’s only so much second-guessing you can do before you start to question everything.

Later, during an interview with three students who had studied in the U.K., Rogers did later question if the answers he was getting were being given out of fear. 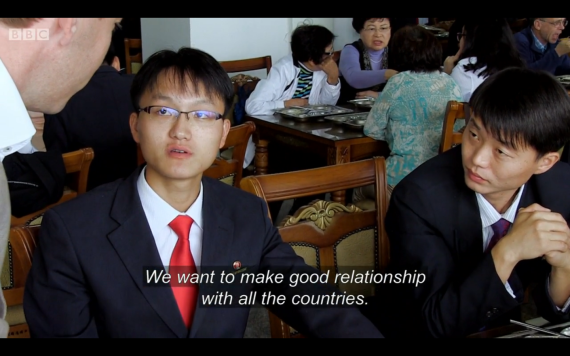 Still, that’s only a minor complaint.

Through “Educating North Korea” we get to see a unique view inside PUST that few others have seen.

The program makes an interesting companion to any one of the interviews recently published with Will Scott, a computer science lecturer who recently returned from North Korea. Several can be found in a series posted last week on this site (linked below) or through a Google search of other news sites.

“Educating North Korea” is available for a limited time through BBC iPlayer in the U.K. It will also be shown later this week on BBC World News, the BBC’s global news TV channel. 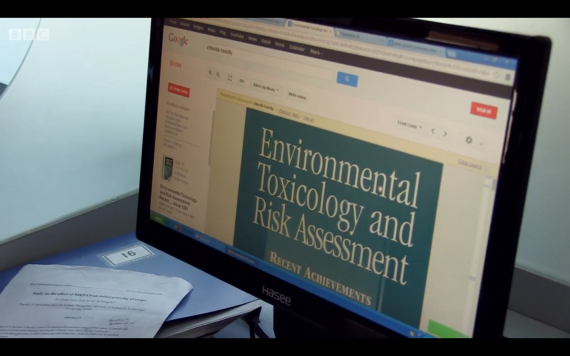 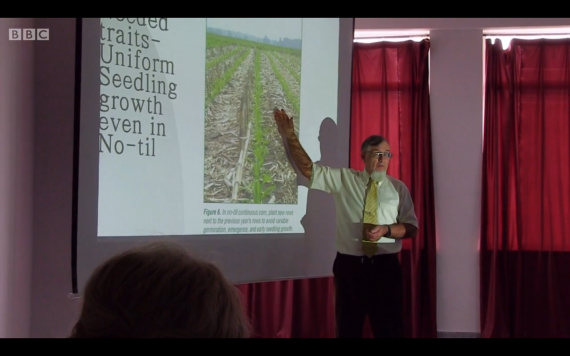 A lecture at Pyongyang University of Science and Technology