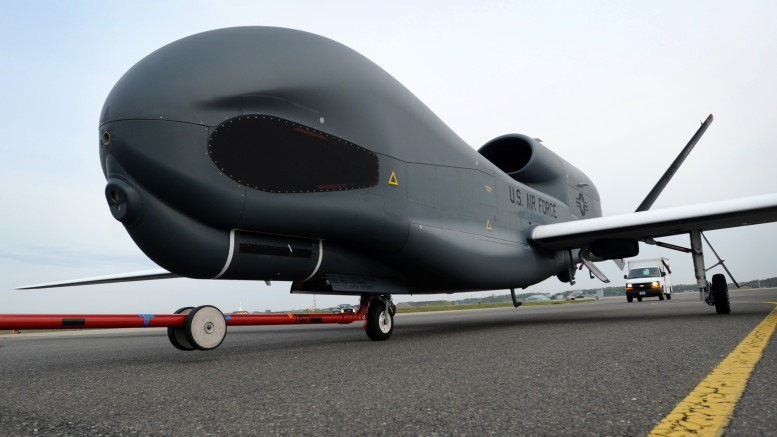 The U.S. Air Force didn’t waste much time in putting into use two high-tech drones that it moved from Guam to Japan earlier this month.

The drones arrived at Misawa Air Base in northern Japan on May 24 and the first operational mission was flown on June 6, according to information released Friday by the U.S. Air Force.

Precise details of the mission or its destination were not disclosed, but from their base in Misawa the drones are much closer to North Korea and so can spend longer flying over the country if needed.

The U.S. Air Force’s 35th Fighter Wing said weather on June 6 was poor and ordinarily all airfield operations would have been canceled, but the drones were able to take off. That spotlighted “the Global Hawk’s ability to fly in adverse weather conditions,” it said.

While the weather in Misawa may have been bad, it probably wasn’t as bad as it sometimes gets in Guam over the summer months. The island is often hit by typhoons that ground all flights, including drones. Japan doesn’t get that sort of weather until September or October.

The two drones are scheduled to stay at Misawa through the summer.

The RQ-4 Global Hawk is one of the most advanced unmanned aircraft in the world. Built by Northrop Grumman, it can fly at an altitude of around 60,000 feet and has a range of around 14,000 kilometers.