Will Scott, the American that spent a semester teaching computer science at the Pyongyang University of Science and Technology, spoke about his experiences this week at the Chaos Computer Club’s annual conference in Hamburg.

Scott, who has just returned from the second trip to PUST, went into detail on the IT environment at the university, availability of the Internet, access to computers and cell phones, and his observations on Red Star Desktop 3.0, the latest version of North Korea’s home-grown Linux operating system. 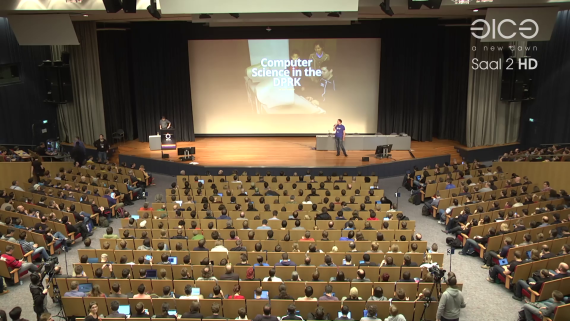 Will Scott speaks at the Chaos Computer Club conference in Hamburg on December 29, 2014.

He introduced the world to the OS in early 2014 when he began publishing details in early 2014. During the Q&A portion of his talk, Scott was asked to upload the software to the Internet. He had declined to do so, but said he had been contacted by someone who intended to put a copy online. Hours before his talk, and apparently unknown to him, a copy was uploaded to Bit Torrent.