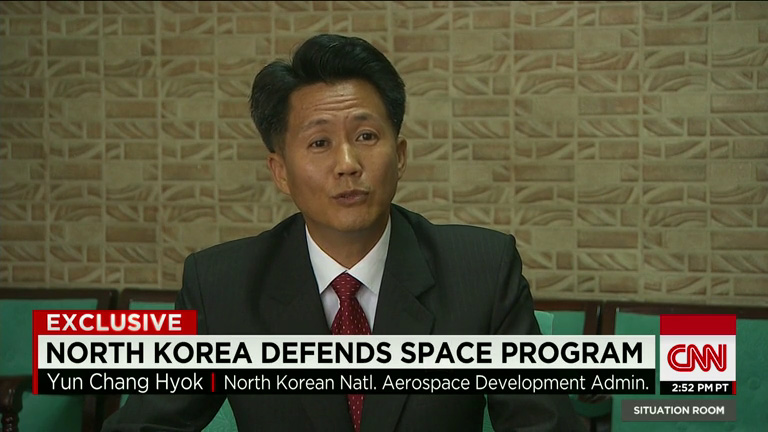 North Korea has at least two more satellites ready to fly “at any time,” two of the country’s space scientists have told CNN in an interesting interview conducted in Pyongyang.

The interview builds on one given a month ago to The Associated Press during which one of the two National Aerospace Development Administration (NADA) officials said it was developing a more advanced satellite than one launched in late 2012.

Both interviews appear to be part of the country’s build-up to a launch that experts outside the country predict will occur later this year.

The NADA officials didn’t provide many technical details of the satellites, but asserted they were being developed for peaceful purposes.

That’s also what the country said in 2012 when it first attempted to launch a satellite in April 2012 and failed. When it tried again in December, the launch was successful and the satellite made it into orbit where it remains to this day, according to tracking by U.S. Space Command.

The satellite, or at least a model of it, was shown to foreign media ahead of the April launch and it did indeed appear to be an observation craft. It’s possible what was actually on the rocket was something different, although no one suspects North Korea of having more advanced satellite technology. In fact, just the successful launch surprised many.

However, the satellite is assumed to be dead.

Radio monitors have never managed to pick up any signals from it on the frequency provided in state-run media and optical observations appear to show it spinning in space rather than remaining fixed in place and pointing at the earth.

During the CNN interview, Yun Chang Hyok said the satellite is operating. Yun is the vice chief of the research institute at NADA.

“It’s running normally,” CNN quotes Yun as saying. “Of course, sometimes we do have problems with communications and data transmission.”

But, the evidence from outside the country says otherwise and North Korea has never released any images taken by the satellite.

Ripley also asked Hyon Gwang Il, a scientist at NADA, which countries are cooperating with North Korea on its space program.

“If I tell you which countries are cooperating with us, the United States will accuse them of developing intercontinental ballistic missile technology,” he said.

The main objection to North Korea’s space launches are that they are little more than ballistic missile tests. The December 2012 launch attracted a further round of sanctions on the country and while the desire to launch a satellite appears real, there is no doubt that the expertise being gained from the launches would be of use to a missile program. 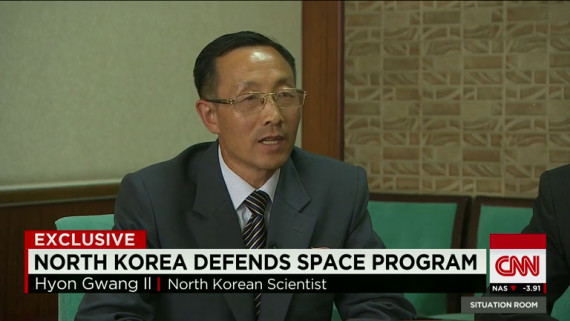