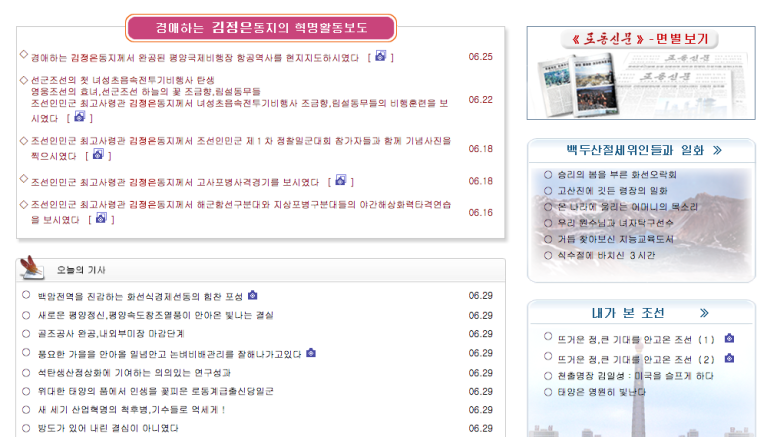 The front page of the Rodong Sinmun website on June 29, 2015 (Photo: NorthKoreaTech}

The design of the website of North Korea’s main daily newspaper, the Rodong Sinmun, was refreshed on Monday.

The new site has fewer pictures on the front page and leads with a list of stories.

And being North Korean, features detailing the work of Kim Jong Un receive top billing.The site’s most useful feature, the daily PDF edition of the Rodong Sinmun newspaper, is still available as are photo galleries and a small selection of video files.

The English and Chinese language pages have also been updated.

Diverse events took place in foreign countries from June 10 to 17 in celebration of the 51st anniversary of leader Kim Jong Il’s start of work at the Central Committee of the Workers’ Party of Korea and the 15th anniversary of the publication of the June 15 North-South Joint Declaration.

They included a meeting, seminar and photo exhibition in Equatorial Guinea and Nigeria, a meeting in Sweden, round-table talks in Germany and film shows in Angola and Algeria.

Events were held in foreign countries from June 16 to 20 to mark the 51st anniversary of leader Kim Jong Il’s start of work at the Central Committee of the Workers’ Party of Korea (WPK).

They included a meeting and book and photo exhibition in the UK, round-table talks in India and meeting in Pakistan.

This is what the old site looked like. The difference isn’t huge, but it is noticeable: 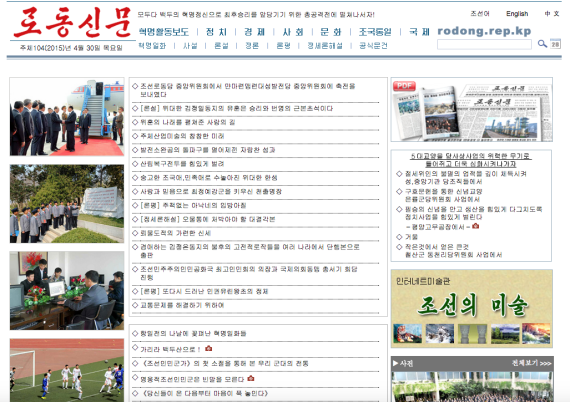 The front page of the Rodong Sinmun website on April 30, 2015 (Photo: NorthKoreaTech) 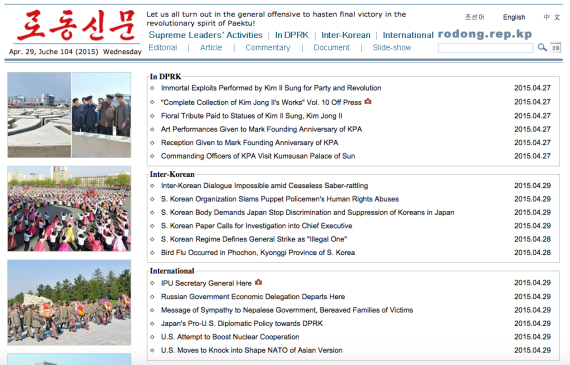 The English language news page of the Rodong Sinmun as seen on April 29, 2015 (Photo: NorthKoreaTech)

Thanks to Curtis Melvin for alerting me.