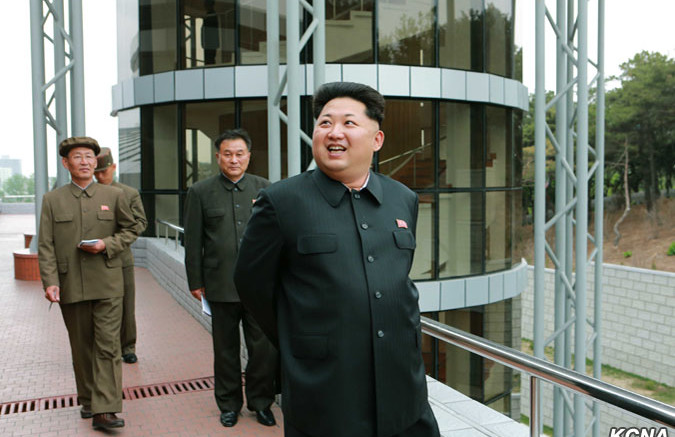 North Korea has built a new satellite control center, according to state-run media reports on Sunday.

Existence of the center was revealed with news that Kim Jong Un visited the site recently. The exact date of the visit or its location wasn’t disclosed.

A little of the center could be seen in images carried by KCNA. 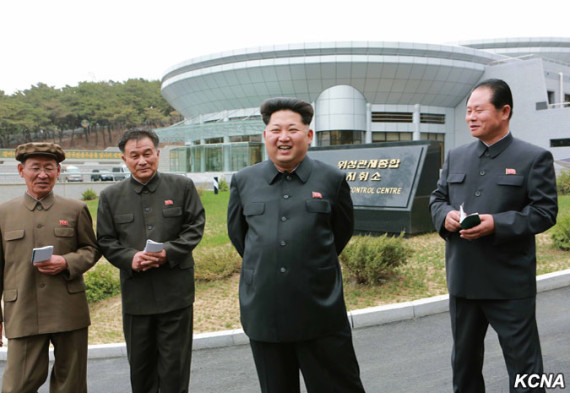 That had been called the General Satellite Control and Command Centre by North Korean media, the same name given to the new center so it’s quite possible the new center replaces rather than supplements the previous one.

The only clue to its location: “The site of the centre is not so high above sea level,” KCNA reported.

Here’s how it described the facilities.

He noted that the main room for real-time display of satellite launch, auxiliary display and control room and optical observation room were splendidly built to meet the scientific and technological requirements and the visitor’s room is very convenient to watching satellite launch.

E-library, lounge, conference room, offices, dinning room and bedrooms are well built to provide the scientists and technicians with enough conditions for their research and living, he said. – Korean Central News Agency, May 3, 2015.

The site is operated by the country’s National Aerospace Development Administration (NADA), which was established in April 2013 to handle the country’s space projects.

North Korea has attempted to launch satellites into space several times. Most resulted in failure although the most recent launch in December 2012 appeared to be successful in putting a satellite into orbit.

The satellite, called Kwanhmyongsong 3-2, was however thought to has suffered a defect that left it inoperable.

In its report on the new center, KCNA reaffirmed North Korea’s often-stated aim of carrying out further launches and using space for peaceful purposes.

The DPRK has developed into a full-fledged satellite manufacturer and launcher, he noted, saying: Peaceful space development is an option taken by our Party and people and a legitimate right of Songun Korea.

The status of the DPRK as a satellite producer-launcher remains unchanged though the hostile forces deny it and its space development can never be abandoned, no matter who may oppose, he said.

Satellites of Juche Korea will as ever be launched into outer space at the time and locations set by the Party Central Committee, he added.

The country often uses this justification for the launches. Critics says the rockets are little more than long-range missiles and the launch attempts are missile tests in disguise — something the country is banned from carrying out. 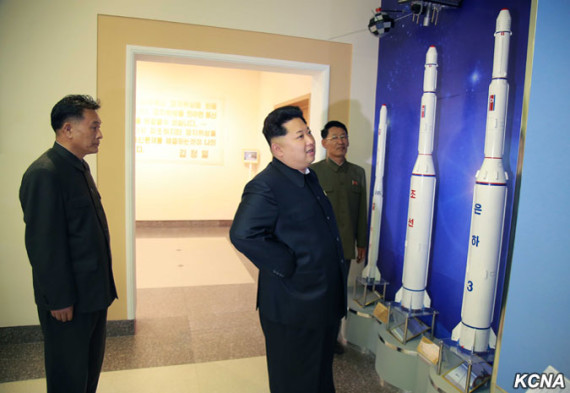 Kim Jong Un looks at models of Unha rocket at the General Satellite Control and Command Centre in this undated picture carried by KCNA on May 3, 2015. 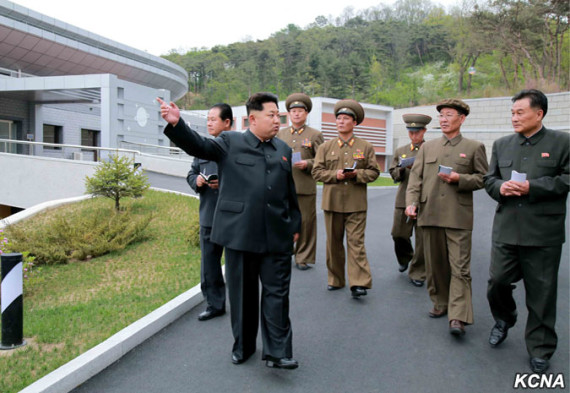 Kim Jong Un strolls through the General Satellite Control and Command Centre in this undated picture carried by KCNA on May 3, 2015.

1 Comment on "North Korea has a new satellite control center"