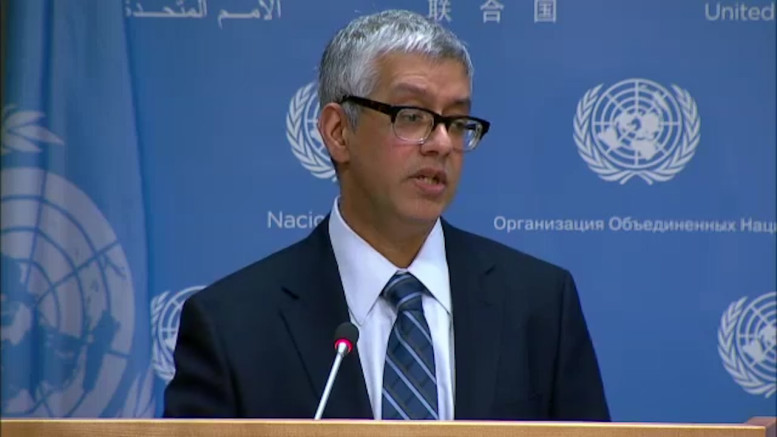 The United Nations has joined the chorus of voices calling on North Korea to abandon its plan to launch a satellite later this month.

“The Secretary-General believes that it is important for the DPRK to refrain from using ballistic missile technology and to work for the peace and stability on the Korean Peninsula,” U.N. spokesman Farhan Haq told reporters at a briefing on Wednesday.

Earlier on Wednesday, Japan warned that it is prepared to “shoot down” any rocket that threatens the country and South Korea said the DPRK would pay a “severe price” for the launch. The U.S., China, Russia and France have also condemned the launch plans.

North Korea notified international institutions on Tuesday of its plans to conduct a launch of an earth observation satellite between Feb. 8 and 25 from its Sohae Satellite Launch Center in the northwest of the country.