A North Korean rocket blasts off from Sohae Satellite Launching Center on Feb. 7, 2016, in this image broadcast on KCTV (Photo: KCTV/North Korea Tech)

There’s some pretty startling and definitive comments being carried in the South Korean media, apparently uttered by Lee Cheol-woo of the ruling Saenuri Party after an intelligence briefing on Sunday.

Yonhap quotes lawmakers as saying the National Intelligence Service told them the satellite is presumed to weigh 200 kilograms, double the estimate for the satellite launched in 2012.

A satellite weighing about 200 kilograms “is worthless as a satellite,” Lee Cheol-woo of the ruling Saenuri Party said, noting a proper satellite usually weighs at least 800 to 1,500 kilograms.

While there’s every possibility something got lost in translation or his understanding, if true it’s a poor assertion for the NIS to make.

It’s true that many satellites weigh a lot more than 200kgs.

But to write off anything lighter as “worthless” is wrong.

There’s a whole revolution going on around Cubesats right now that proves just what can be done in a small, light form-factor.

The image below of Hiroshima comes from Planet Labs, a San Francisco-based satellite imaging company that has been deploying a constellation of earth observation satellites called “Dove.”

The weight of each satellite? About 5kgs. 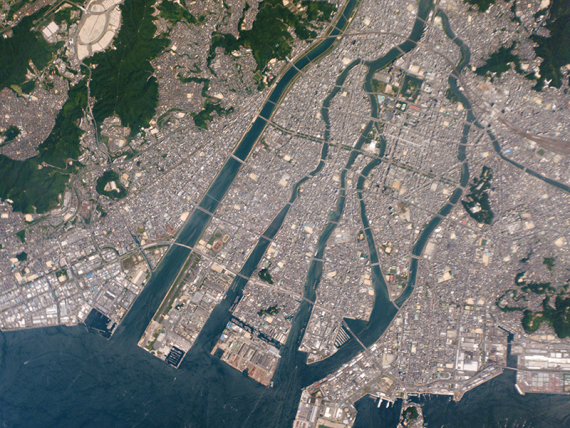 And ham radio satellites have been launched that allow earth-to-space-to-earth communications and weigh just over 1kg.

Now this isn’t meant to suggest what level or technology or sophistication might be inside whatever North Korea launched — but you can’t dismiss a satellite based on its weight.

Around 40 questioned over “pro-NK” Internet postings