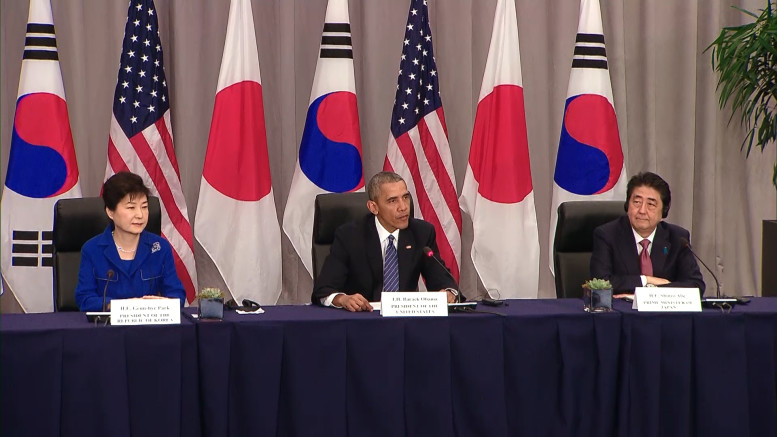 North Korea’s recent nuclear tests and provocations were high on the agenda on Thursday when President Obama met the leaders of China, South Korea and Japan at the Nuclear Security Summit in Washington, D.C.

The comments aren’t surprising, especially given the united front against North Korea at the U.N. Security Council, but the summit is a timely occasion for the U.S. and regional powers to get together and touch base on cooperation.

Here are their comments: (There are some audio glitches that were present on the feed)

And speaking ahead of a bilateral meeting with Chinese President Xi Jinping, Obama said the U.S. and China are both “committed to the de-nuclearization of the Korean Peninsula and full implementation of U.N. sanctions.”

Here’s what he said: