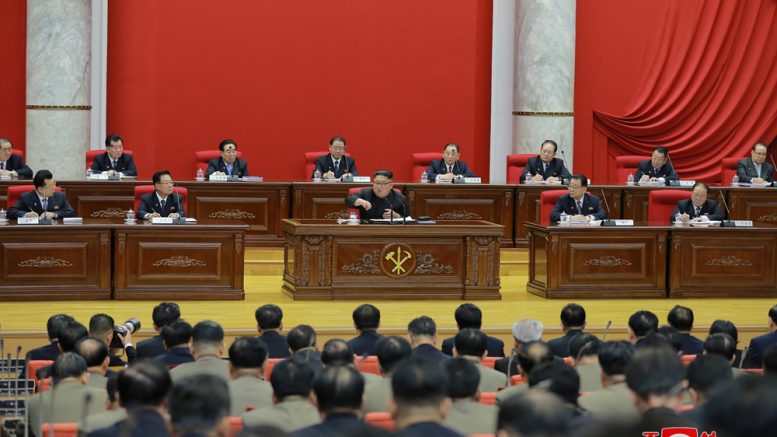 One of the main themes to come out of Kim Jong Un’s speech to the Workers’ Party plenary in late December is a new emphasis on science and technology. The focus isn’t a surprise. North Korea has been pursuing science and technology as a way to improve its economy for years, but now with no apparent end to sanctions in sight, the state is betting more on sci-tech solving problems. To have a significant economic impact, however, Kim will need to assure improvements in other areas, especially infrastructure. This likely won’t happen quickly as North Korea continues to suffer from problems it declared priorities years ago, such as a shortage of electricity.

Widening the Aperture on Sci-Tech

It’s important to remember that when North Korea talks about “science and technology,” it’s referring to more than just high-tech. It could just as easily be an improved method of rearing farmed fish than it could be an artificial intelligence system. Indeed, during December’s party plenary, one of the areas singled out by Kim for sci-tech focus was the need to raise crop yields “more fiercely by actively introducing scientific farming methods.” According to a KCNA summary of his speech, Kim told plenary delegates, “science and technology should be a beacon light that illuminates the path ahead and take the lead in the development at present when the economic work is faced with many difficulties.”

These latter remarks suggest frustration with the current progress in sci-tech development. Indeed, during the plenary Kim also announced that he had replaced Jang Chol (장철) as head of the State Academy of Sciences with Kim Sung Jin (김승진). The new president is a bit of a mystery as he doesn’t appear to have been mentioned in state media before. Kim didn’t explain why Jang was replaced, but two days before the official announcement, Daily NK reported the departure of Jang was due to a lack of progress in meeting state research policies.During his party plenary speech, Kim called on the State Commission of Science and Technology (국가과학기술위원회와) and the State Academy of Sciences (국가과학원) to come up with the policies to accomplish his goals. He also underlined that the two organizations “should scrupulously organize the work of implementing without fail and in time the research projects included in the ten long-term objectives in the sector of science and technology.”

We’ll have to wait and see what new policies are announced in the coming weeks or months, but the roots of this current sci-tech push go back to the early years of Kim’s reign when he replaced the songun “military-first” policy with the byungjin “parallel development” policy that put the economy and military on equal grounds. Science and technology had formed one of the cornerstones of North Korean propaganda for years, but the new focus on the economy would require it to take a more central role. 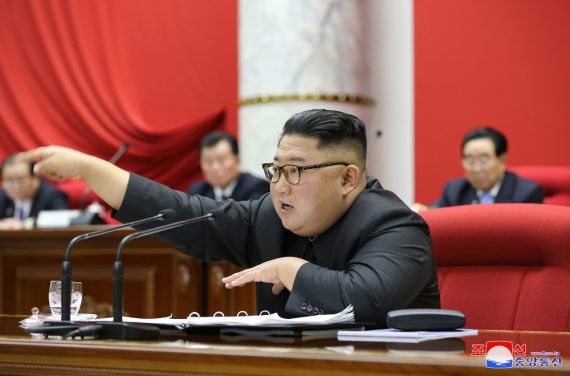 Kim Jong Un speaks at the 5th plenary of the Seventh Central Committee of the Workers’ Party of Korea (Photo: KCNA)

Indeed, when North Korea successfully completed nuclear tests and lobbed a satellite into orbit, it wasn’t the military that was celebrated but the country’s scientists. Pyongyang saw the creation of Mirae Scientists Street, Unha Scientists Street and Wisong Scientists Street to mark these achievements. And the Sci-Tech Complex in the center of the Taedong River is also testament to the importance given to science and technology. Kim’s confidence for this new policy comes in part from the success seen in nuclear and satellite work. As KCNA reported, Kim declared that,

The colossal and complicated work of developing the state-of-the-art weapons system possessed only by advanced countries in defense science and technology presupposed our own finding of innovative solutions in terms of the scientific and technological aspects without anyone’s help, and all the research tasks were perfectly carried out by our own driving force, i.e. our reliable scientists, designers and workers in the munitions industry.

But beyond the military achievements, North Korea has seen little progress elsewhere so this could be misplaced confidence. Modern technology is still largely absent from the country’s businesses and factories and Kim knows that needs to change if the state is to prevent economic backsliding.

Kim spoke of the need for a “revolutionary turn in the scientific research and education” at the party’s third plenary meeting in April 2018, and in October 2019, the cabinet approved a reform of the education system with a much more central role for science and technology. It followed a Rodong Sinmun editorial on the importance of sci-tech education for children that revealed the creation of 11 new provincial-level secondary schools focused on information technology.

Kim reinforced the importance of sci-tech education at December’s party plenum when, according to KCNA, he said,

…if science can be called an engine leading the economic development, and education can be called the mother of science, specifying the tasks and ways for fundamentally improving the country’s education as appropriate to the era of bringing about a radical improvement in education.

Two months before the plenary, frustration on IT development was expressed in a Rodong Sinmun article that criticized central government ministries and organizations for falling “far behind” in IT advances. The article covered the National Exhibition of IT Successes, a major national showcase of technological developments in North Korea. It praised some ministries but added that in general, the country was falling behind. Such criticism of the central government would be unthinkable if it wasn’t aligned with Kim’s thoughts and wishes. 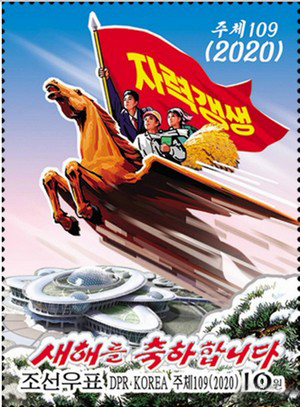 Over the last few years, North Koreans have seen a rise in science and technology in state propaganda and that’s likely to jump with this new focus. In fact, it’s already the center of the year’s first new postage stamp that was published on January 1. The stamp features what KCNA says are “working people” running on a Mallima horse with a banner on which “self-reliance” is printed and the Sci-Tech Complex features in the corner. According to a recent item in KCNA, “the stamp shows the Korean people’s firm will to hasten the building of a powerful socialist nation through continued vigorous Mallima speed movement by dint of self-reliance and science and technology.”

The state is also pushing its sci-tech agenda through a dizzying array of exhibitions and conferences that are taking place several times a month. In just the final four months of 2019, there were 25 events held related to science and technology. (see below)

We can expect to see a lot more about science and technology in North Korean propaganda and state media in 2020. What difference this will make to the economy is difficult to predict. Any sci-tech development is only useful if the improvement it brings ripples out to the wider economy and society; for this to happen, Kim Jong Un will also have to assure improvements in other areas such as transportation, distribution, communications and availability of raw materials.

The following is a list of the 25 events related to science and technology held in the final four months of 2019, according to state media reports: