As a computer-based war-game, the Ulchi Freedom Guardian exercise that begins this week in South Korea requires lots and lots of computers.

In pictures released Thursday by the U.S. Department of Defense, some of those computers and the complexity of the set-up can be seen. The images and a video show the inside of the Joint Operations Center for the exercise. It was built by the U.S. I Corps and Third Army of South Korea. 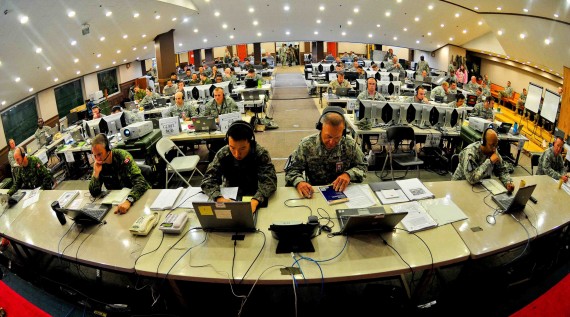 There are “multiple” other such sites across the country, according to the Department of Defense. 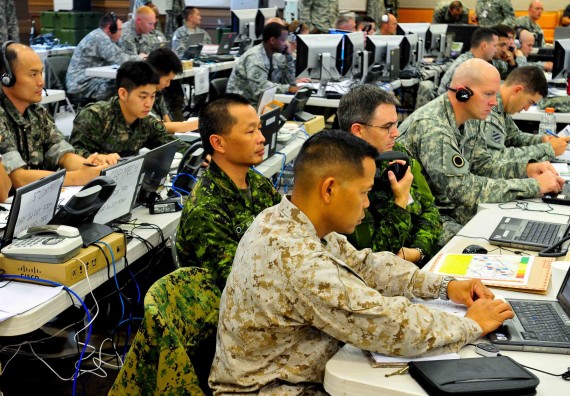 The exercise, which has drawn criticism from North Korea, brings together approximately 30,000 U.S. troops and others from the South Korean military and a number of other countries.

It’s described as a defense-oriented command and control exercise that enhances the combat readiness of South Korea.