Since just after it launched on Feb. 7, satellite monitors have been watching and listening for North Korea’s newest satellite but to-date, nothing.

We know it’s up there. U.S. Strategic Command picked it up on its space surveillance system a few hours after it launched and published details of its orbit.

Armed with that knowledge, satellite monitors are able to calculate where it’s going to be in the sky and when, so they can ready antennae and cameras in the hope of catching it.

Complicating the radio search is that North Korea hasn’t provided any details of the frequencies on which the satellite is intended to transmit. The International Telecommunication Union in Geneva has asked for that data but hasn’t received it yet.

There’s every chance there is nothing to hear as the satellite could be dead. Its predecessor, Kwangmyongsong 3-2, was never heard from despite exhaustive efforts that carried on right up until it was caught on camera and verified to be tumbling in orbit. That makes it useless.

This time around, Kwangmyongsong 4 was initially reported to be tumbling too, but then had apparently steadied itself, and then was tumbling again. Unfortunately, that doesn’t tell us much about its state as it could be fitted with a self-stabilizing system that doesn’t require communication with controllers on the ground or electricity.

On Thursday, North Korea released the first images of the satellite. In a televised documentary about the launch, it showed the satellite with solar panels unfolding during a test on the ground. 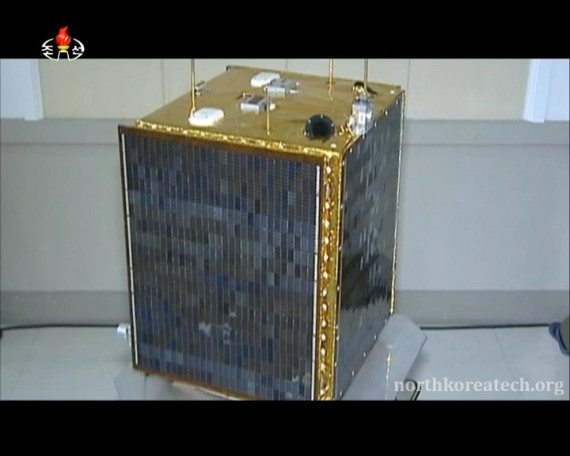 Several days after launch, there was excitement when a satellite monitor reported hearing a signal coming from the right point in the sky at the right time of day and with a slowly changing frequency — a characteristic of signals from satellites.

When Kwangmyongsong 4 made a second pass over the receiving location about 90 minutes later, the signal appeared again. So had the first signals been received from a North Korean satellite?

Not quite. In a cruel coincidence, a European weather satellite’s orbit had coincided with Kwangmyongsong 4 and it was likely that which was being received.

So, the watch continues.

Radio monitors are concentrating their search around 470MHz, the frequency announced by North Korea for its last three satellites. But even if that’s correct, there’s also no word on what the satellite is broadcasting. And to make matters even more difficult, it could be only transmitting as it passes over North Korea. We just don’t know.

Previous satellites were supposed to play a morse code identification and the country’s two most important songs:

And, The Song of General Kim Jong Il:

Optical observers will be looking to see if they can see a steady or pulsating light coming from the sky.

The satellite itself is much too small to see, but it could reveal itself when sunlight is reflected off its solar panels. A steady light would indicate the satellite is in a stable orbit while a pulsating one would mean it’s likely tumbling about its axis.